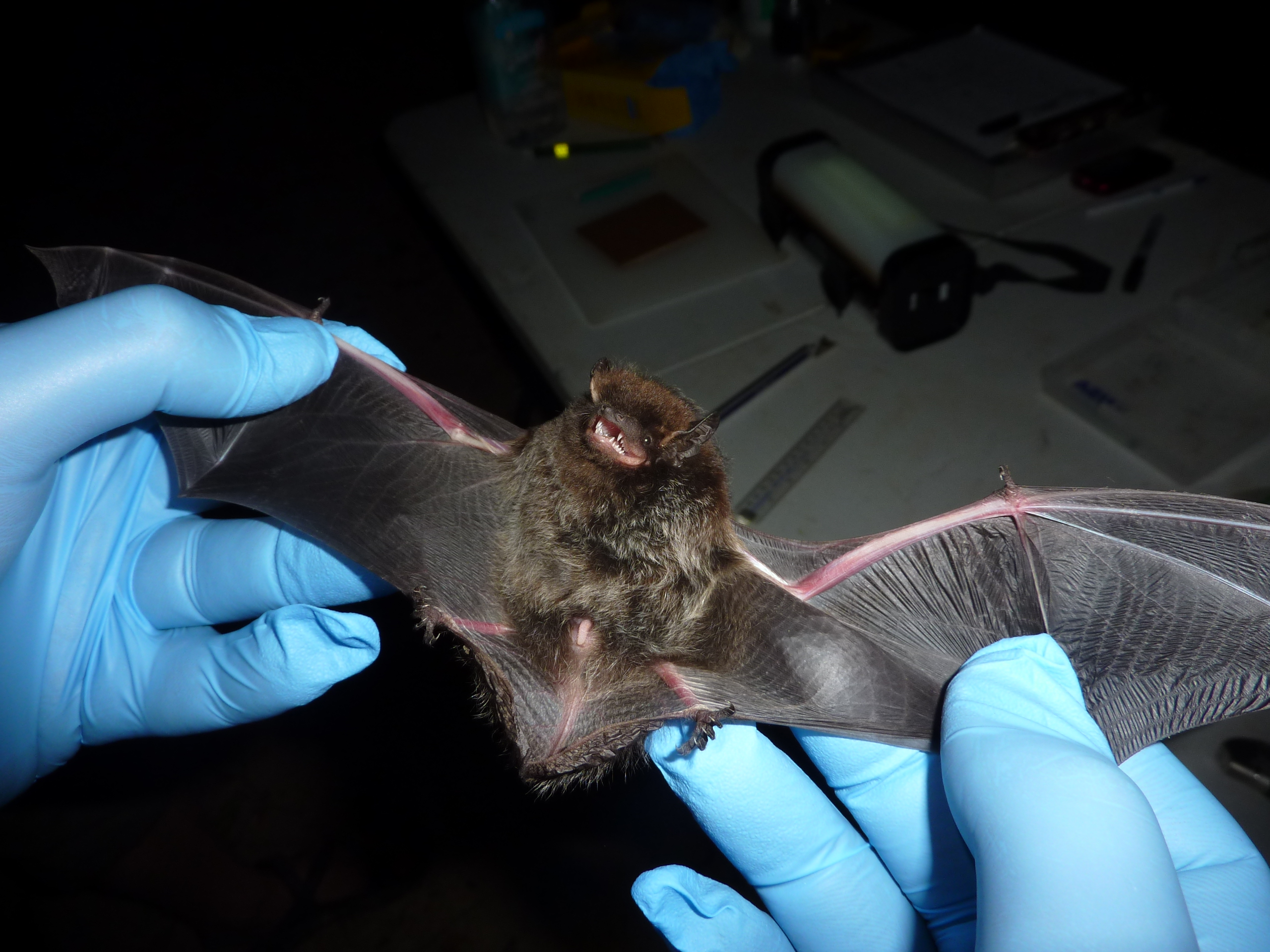 The silver-haired bat, Lasionycteris noctivagans, is the only member of that genus. They are a small bat as they only reach a length, from tip to tail, of around 3 and a half to 4 and a half inches long. The silver-haired bat varies in color from black to blackish-brown with the tips being frosted silver or white, which is how it got its’ name. Their underside is a paler color and doesn’t have as much of a frosted look.

Their range is from Alaska to Canada, and most of the United States to northeastern Mexico. Scientists have also found populations of them on a couple of the islands of the Bahamas. They are solitary and prefer to roost and hibernate in tree hollows, loose bark, bird’s nests, caves, and even buildings. They tend to prefer the most wooded habitats they can find within their home areas.

They are insectivores that will eat flies, beetles, and moths but they are considered to be opportunistic. They have been seen eating but larvae from trees and even on the ground. They mate in the fall and they delay fertilization until the spring. The females also form maternity groups in the summer for the benefit of their young.